Coming up is one of my last clay oven building courses of 2012. It will be at the Sustainability Centre, nr Petersfield, in Hampshire, UK.

The course is on Saturday 8th September and costs £70.00 / person for a whole day. This is a hands on (and hands dirty) course. You will learn everything you need so you can build your own oven and  experience for yourself making and eating delicious pizzas for lunch, cooked in the Centre’s own clay oven.

To book a place or for further details please contact Sam on 01730 823166 or email her at courses@sustainability-centre.org

Places are limited and normally sell out so get in early to be on the safe side.

If you want to make a weekend of it in the beautiful Hampshire countryside, the Sustainability Centre offer accommodation and camping – you can even stay in a Tipi or Mongolian-style yurt. How cool is that!

Hope to see you there.

Back in June I ran an oven building course at the Sustainability Centre in West Meon (nr Petersfield). Don Gribble was one of the attendees on that gloriously hot day. Don has now built his own oven and has shared his experience, and photos, for our benefit. There are some excellent words of advice, and some new approaches in his account so I advise you to read on.

Thanks for the sage words Don. Enjoy the oven!

It wasn’t all plain sailing. I emptied out the sand too quickly and it all collapsed and I didn’t even curse (according to my wife).

I made the base from second-hand Celcon blocks and pallets. The largest pallet I could find was 1.0m x 1.2m so it needed the top layer of blocks to be extended over the sides. I put a wooden frame around the centre bricks and filled around them with concrete. This wooden frame was useful for nailing the roof and cladding to. The plinth finished up as 1.3m x 1.35m and I then built the oven according to your booklet instructions, viz. 80cm internal diameter by 40cm internal height.

For clay, I used powder clay, bought in 25kg bags from clayman-supplies.co.uk in Chichester. I chose a white clay known as Hyplas Ballclay This is about the cheapest clay available and costs just £11 a bag. My son and I mixed it one part powder to two parts builders sand. We found the easiest way was to mix it up dry by hand and then to puddle it with very little water added. For the outer layer another friend helped and he did the mixing with a shovel – once again hard work but easy to get the right firmness. For the insulation layer we mixed the powder clay with water until like thick batter (or yoghurt) and poured it on to wood shavings. We found that this did not hold together as balls which could be dropped, but it stuck well to the inner dome when just shoved on in handfulls.

As you can see from the photos, I prettied up the oven by nailing on palings and used these as support for a plastic sheet roof. There is a large 1.2m x 1.2m sheet of plywood under the centre of the plastic to stop it melting. The final photo shows that I have added a melamine/plywood working surface as a support for the aluminium peel. We plan to roll out our pizza dough direct on to the floured peel so that we can put it direct into the oven. We have a long BBQ fork to reach in and help pull the pizzas out on to the peel.

Our very first pizzas were decidedly crunchy because they picked up sand from between the bricks. Our second pizza party was really successful. We built a large softwood fire and pushed it to the back after about 1 1/2 hours. Then, before putting the pizzas in, we brushed the hearth quickly with a bristle brush to remove ash and sand.

There are, perhaps, one or two ideas which you might like to incorporate into a future edition of your booklet.

Incidentally, there is another thought which you might find useful. Because my first dome collapsed I was left with an arch and a pile of sand. The second time round, I built up the sand around the chimney to give a good shape to the smoke escape route. As a result, this oven breathes beautifully. I reckon that for everyone it would be best to build the arch first, then build the sand dome and the connections to the chimney, and only then put on the first layer of clay. This allows you to make a much better entry to the chimney – easier than reaching up inside through the arch.

I do hope you find this interesting. Thank you for starting me off with a wonderful course at West Meon. 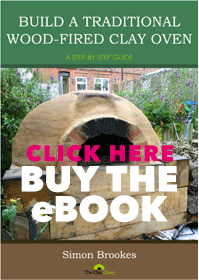 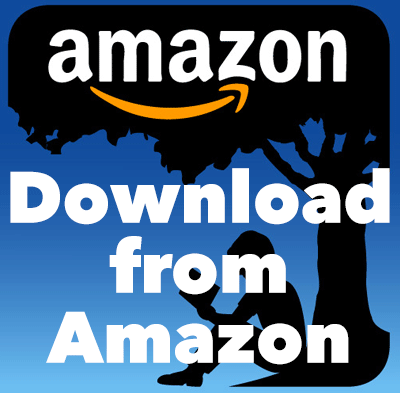